Also this year, on February 13, 2020, on the eve of the Munich Security Conference, the sixth Munich European Conference with the annual European Dinner will take place.

A lot has happened in Europe since the 2019 European elections. The conference theme “Responsibility for Europe – New Ideas, New Minds” will address current developments in order to keep the fundamentals of European integration in mind and to show ways for future developments in a Europe of diversity.

The Vice President of the European Commission, H.E.  Maroš Šefčovič and Manfred Weber MdEP, Chairman of the EPP Group in the European Parliament, share their thoughts and approaches on developments in Europe with us.

In our Mediathek you will find photos of past European conferences as well as videos of the speeches. 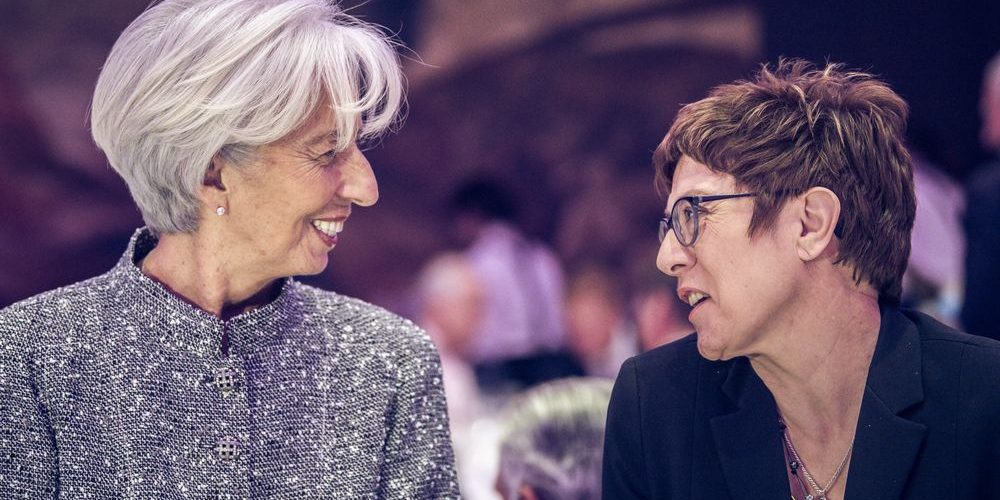 On the eve of the Munich Security Conference, the fifth Munich European Conference with the annual European Dinner took place on February 14, 2019.

This forum of the Munich European Conference with the theme “Europe works – Europe wird” had the aim of analysing current developments, keeping the foundations of European integration in mind and showing ways for future developments in Europe.

In our media library you will find photos of the fifth Munich European conference as well as videos of the speeches of I.E. Mme. Christine Lagarde (Managing Director International Monetary Fund/IMF), Kyriakos Mitsotakis (Chairman of New Democracy) and Mrs. Annegret Kramp-Karrenbauer ( Federal Chairman of the CDU), among others.